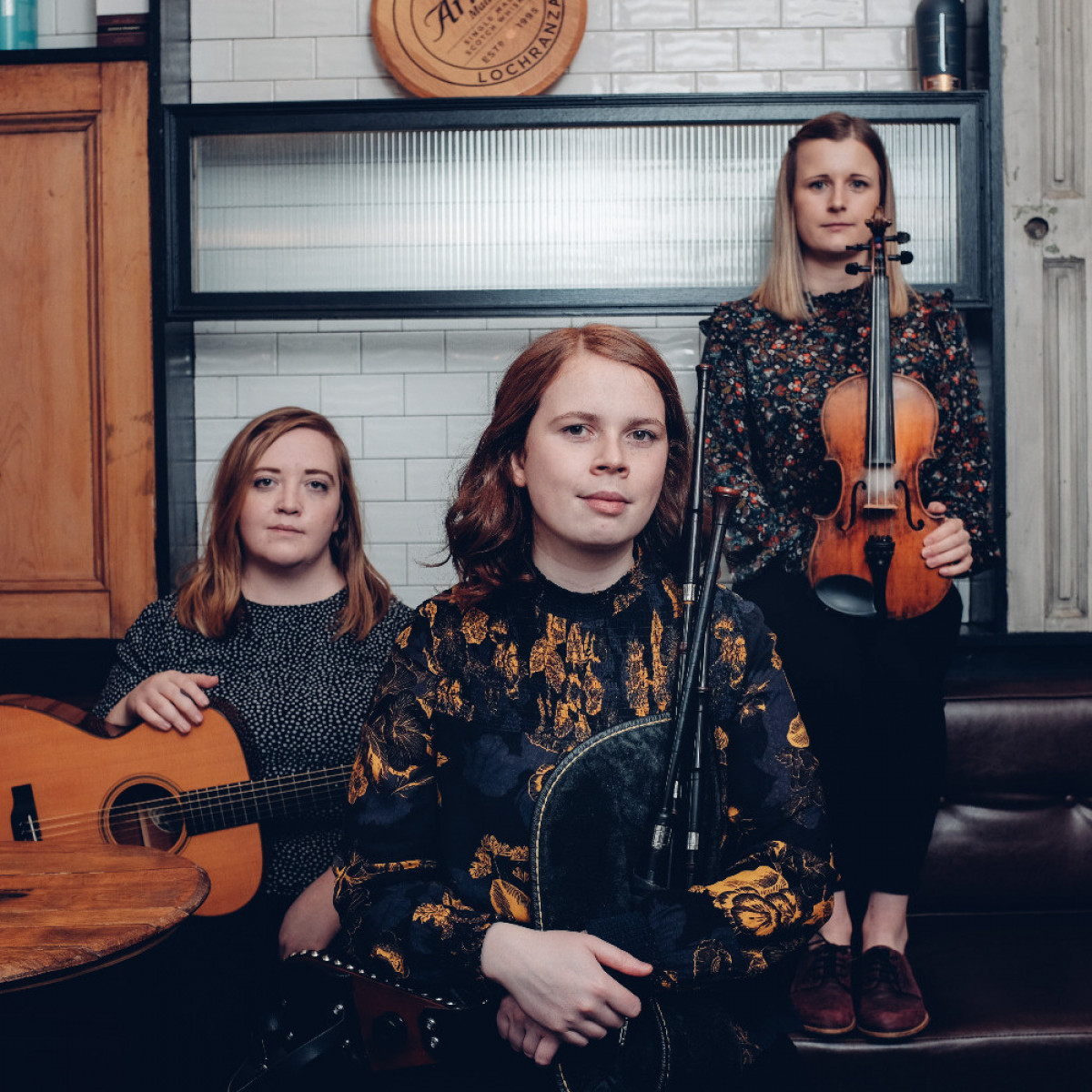 Hecla showcase the intricacies of pipe and fiddle music in true Highland style putting their own winningly fresh spin on traditional melodies,

Nominated as ‘Up & Coming Artist of the Year 2019’ at the MG Alba Scots Trad Music Awards, Hecla is a band which has been gathering a grass roots following in the Highlands and Islands of Scotland since 2016. Their debut album ‘The Scenic Route’ - due for release in 2021 - is a culmination of the musicians’ musical upbringings.
Growing up in Kincraig, Colonsay and Kirriemuir, respectively, Ilona Kennedy (fiddle), Caitlin McNeill (guitar/vocals) and Ailis Sutherland (pipes/flute/vocals) sew together a tapestry of melodies and lyrics echoing the places which have shaped their musical characters. The album, produced by Anna Massie (Blazin’ Fiddles, Mairearad & Anna,) is an insightful reflection of life in Scotland in the present day with an inherent understanding of the thoughts and emotions of those who have gone before and their connection with the land.
The trio takes its name from ‘Hecla’ one of the ‘Three Peaks of South Uist,’ a stunning hillscape and the backdrop to the band’s experience as students on the BA (Hons) Applied Music course at one of UHI’s idyllic Western Isles campuses. From village halls to major international festivals such as Cambridge, Celtic Connections and Lorient, Hecla guarantee a set list of repertoire firmly rooted in the Scottish tradition, showcasing the intricacies of piping, Highland fiddle playing and the unsung nuances of Colonsay Gaelic.
“Crisp crystalline arrangements of Scottish traditional tunes segue thrillingly from one melody to the next.” (fRoots Magazine)

We hope that you can consider making a donation to PIping Live! to help keep Piping Live! coming back bigger and better!