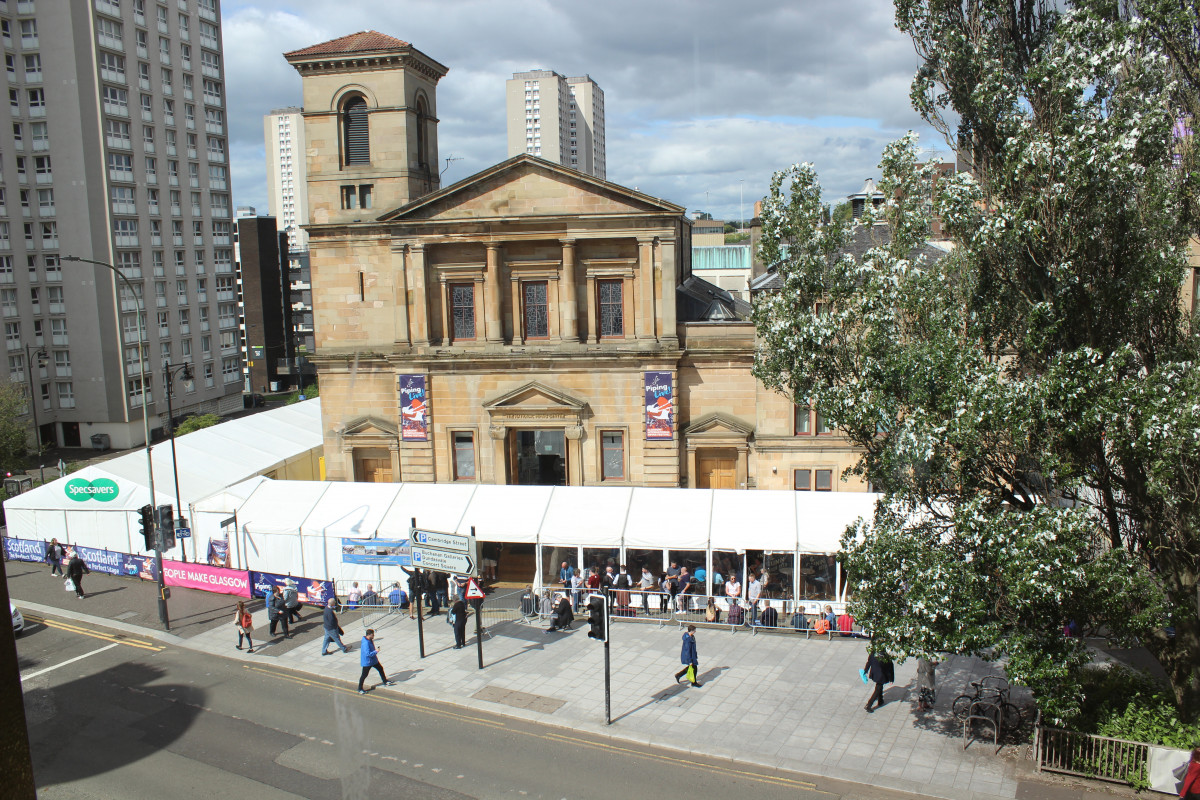 Piping Live! is back for 2021 with a nine-day festival packed full of world-class performances, music sessions, recitals, competitions, book launches, workshops and so much more.

Taking place between the 7th and 15th August 2021, the annual festival has confirmed they will present their programme online, in response to current government guidelines. However, if restrictions allow the team will do all they can to introduce a live audience element to the festival if this proves possible under renewed guidelines closer to the event.

The Piping Live! team, with thanks to their funding supporters Glasgow Life and EventScotland, have put together an eclectic and varied programme that ensures the event stays true to its reputation as the world’s biggest piping festival.

Now in its 18th year, the 2021 festival will undoubtedly look a little different to previous editions, however the abundance of top-class performances over the nine days will be accessible to enjoy from across the world. For almost two decades, Piping Live! has brought the world to Scotland, but this year it will take Scotland to the world and showcase the internationally renowned pipers and musicians who are synonymous with this globally recognised festival. Despite the challenges of Covid, this year’s event will continue to extend its reach by providing a platform for pipers and musicians to do what they do best and perform for audiences both at home and abroad.

On Sunday 8th August the Lowland & Borders Pipers Society will programme an evening concert that celebrates the music of the Bellows Bagpipes. Entitled More Power to Your Elbow, this concert will include tributes to departed friends and key players who have been pivotal in the bellows pipes revival, with a particular focus on Iain MacDonald and Nigel Richard. The concert will also be a musical exploration of the music and ballads of the Scottish Borders to celebrate the 250th Anniversary of the birth of Sir Walter Scott. More Power to Your Elbow will feature guest musicians including Fraser Fifield, Annie Grace, Stuart Letford, Dougie Pincock, Finlay MacDonald, Anna Massie and Gary West.

Monday 9th August will see multi award-winning Scottish supergroup Mànran take to The National Piping Centre stage - one of the only bands on the Scottish folk scene whose sound carries a pairing of the Uilleann pipes and the Highland Bagpipes. Alongside Mànran, the multi-instrumental duo of Mairearad Green & Anna Massie will perform, showcasing Mairearad’s lyrical accordion playing and masterful piping with Anna’s versatility on guitar, fiddle and banjo.

The Masters Solo Piping Competition will take place throughout the day on Wednesday 11th August. This prestigious competition is the qualifying event for the Glenfiddich piping competition and will see the top soloists in the world compete.

Folkie Friday this year is supported by PRS Foundation’s The Open Fund, who have sponsored the TRYST pipers to commission 5 brand-new pieces of music which will be premiered at this year’s festival. Whilst drawing on the tradition of ceol mor, the classical music of the bagpipes, TRYST continue to push boundaries with their unique and innovative compositional style. Joining TRYST on the night will be the powerhouse that is Kinnaris Quintet, who will draw on an array of Irish, Scottish and Bluegrass influences.

On Saturday 15th August The National Youth Pipe Band of Scotland’s pre-recorded event will demonstrate the exciting and novel ways in which this young group has adapted their practice over the past year. Taking the downtime that Covid-19 has afforded them, the young pipers have embarked on a year of learning - writing new pieces of music and working with other musicians out with their genre. They have adapted their practice due to restrictions but have continued to collaborate and create remotely. These pipers will showcase their pioneering new works in some iconic locations across Glasgow as part of this special online concert.

The internationally renowned Gordon Duncan Memorial Competition will take place on Sunday 15th August 2021. This unique event continues to celebrate the late-great Gordon’s links to Scotland, Ireland and Brittany. One Scottish, Irish and Breton piper will each play sets of Scottish, Irish and Breton music and the overall winner will be the best player of all three musical styles.

Day time events, which will primarily take place at the festival’s iconic Street Café (restrictions allowing), will include emerging talent and music sessions where learners can play along at home as well as listening to the performance. There will also be book launches throughout the festival.

The educational element of the festival, Learn @ Live! will host a series of workshops across the 9-days which will be a mix of pre-recorded and live events. More details of these will be announced in the coming weeks and tickets will be sold separately.
Piping Live! prides itself on being at the centre of the international piping community and year on year it extends a hand of musical friendship to artists and audiences across the world. Organisers have ensured that this is recognised this year with a number of international showcases being premiered at the festival, including performances from Ireland, Brittany and Canada, with more to be announced.
The early bird ticket, which will allow viewers access to the full nine-days of entertainment, are available to buy now for £50. Tickets are available to buy on the website at www.pipinglive.co.uk
Finlay MacDonald, Artistic Director for Piping Live!, said: “It’s been a tough year for all of us but we’re so excited to be bringing audiences at home and abroad as close to our normal offering of entertainment as we possibly can for this year’s festival. We’ve programmed 9 days of top-class performances, competitions, sessions and so much more and we’re just delighted we’ll have the opportunity to showcase some of the world’s top pipers doing what they do best this summer. If restrictions allow, we’ll be inviting live audiences to be part of the festival this year too. We’ll do all we can to try and make this possible, whilst ensuring we are adhering to all government guidelines.”

Councillor David McDonald, Chair of Glasgow Life and Depute Leader of Glasgow City Council said: “The unveiling of the Piping Live! programme is always a moment which brings with it the promise of some fantastic performances and memorable days and nights. While we are reading the online programme with huge anticipation for the music to come, we can also look forward to supporting artists and performers who will be a huge part of our shared recovery from the pandemic. Piping Live! 2021 will be a festival to remember.”

Paul Bush OBE, VisitScotland’s Director of Events, said: “EventScotland is delighted to be supporting Piping Live!, a key part of Scotland’s annual portfolio of events. Building on the success of last year’s smaller scale event, this year’s festival offers audiences around the world an exciting nine-day online programme of world-class performances, competitions, workshops and more, to once again enjoy from the comfort of their own homes.

“Scotland is the perfect stage for events and while we are unable to welcome audiences in the way we’re used to, online events like Piping Live! allow us to continue to stay connected to audiences around the world and showcase to them all Scotland has to offer.”

Annually welcoming over 30,000 attendees to Glasgow, organisers of Piping Live! hope the festival’s online offering will appeal to the international audience they would usually see attending the festival. With the event’s global audiences in mind, they have allowed for all shows to be available for one week after they are first streamed to avoid any issues with different time zones enjoying the nine-day event.
Piping Live! will run from Saturday 7th - Sunday 15th August 2021. More information is available here: www.pipinglive.co.uk

The trailer for this year’s Piping Live! festival is available to view here: https://vimeo.com/558432979/e0e8adfa2e

We hope that you can consider making a donation to PIping Live! to help keep Piping Live! coming back bigger and better!